Every day is an adventure for Wolf Joe and his two best friends, who live in the Northern First Nations community of Turtle Bay. Whether it’s working together to solve a problem, teaming up to help their community or fixing emergencies cased by the mischievous fairy-like Maymays, Joe, Nina and Buddy are always ready for action, calling on the abilities of their clan animals to help them along the way. Inspired by his grandparents’ stories, Joe and the others put the Seven Teachings of their Anishinaabe heritage into practice in fun-filled ways.

Created by Alexander Bar (Mike the Knight), the animated series involved a talented team from across Canada, including Ottawa-based Amberwood Entertainment and Winnipeg-based Media RendezVous, a Métis-owned production company that has a long history of working on Indigenous film projects. Anishinaabe Elder, Dr Dave Courchene, spiritual leader of the Turtle Lodge in Sagkeeng First Nation, came on board as cultural advisor.

“With Wolf Joe being told exclusively from a First Nations perspective, we wanted to make sure we got it right. Dave played a key role in keeping our storytellers as authentic as possible,” says executive producer Chuck Clément of Media RendezVous. Wanting to introduce new voices to the storytelling team, the company brought in Indigenous scriptwriters, voice directors and principal recorders, as well as an all-Indigenous cast, including the three children who play the main characters.

A sense of adventure, respect for nature and the willingness to overcome challenges are all at the heart of the series’ universal themes that are sure to resonate with young viewers. “It’s going to be awesome for kids from Indigenous communities to watch these stories and see themselves to a certain degree on screen. Kids who aren’t from Indigenous communities but who love an entertaining show like this will be able to relate too,” says Chuck. 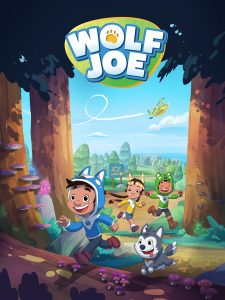 TVO.org speaks with Chuck Clément, one of the producers behind the Indigenous animated series airing on TVOKids, about bringing lessons from the Seven Sacred Teachings […]

TOMY is preparing to launch its follow up master range of Ricky Zoom toys this year, as the popular preschool series revs itself up for […]