TOMY is preparing to launch its follow up master range of Ricky Zoom toys this year, as the popular preschool series revs itself up for its second season debut here in the UK.

First launched in July 2020 during what has been a challenging period for retail, Ricky Zoom toys have made a solid start and are set to launch more new lines throughout 2021. These include TOMY’s unique Wind & Launch assortment, a wheel launcher that will send Ricky’s red bike racing.

The launch will follow on from the top selling success of last year’s Speed & Stunt Ricky Zoom play-set, the third best-selling Ricky Zoom item overall at retail, and is already tipped to ‘be equally as popular.’

Fresh hype around the TOMY master toy line is expected to coincide with the second season debut in the UK of the CGI animation, as Hasbro and its global entertainment studio, Entertainment One, rev up for its launch on Nick Jr and Channel 5’s multi-platform preschool brand, Milkshake!
The CGI animated series follows Ricky, a speed loving little red rescue bike who enjoys to zoom around Wheelford. The show has already enjoyed a ‘strong success in the UK’ among its preschool audiences, while the brand has picked up a number of licensing partners lead by TOMY master toy range.

“We are thrilled to bring Ricky Zoom back to the number one channel for preschoolers in the UK with Milkshake! and Nick Jr.” said eOne’s Monica Candiani, EVP, content sales, family and brands.

“The show has had such strong success in the UK among young viewers, allowing us to secure a number of licensing partners across a variety of categories. We can’t wait for audiences to watch season two, which I am sure will deliver even more exciting all-bike adventures in the colourful world of Wheelford.”

Louise Bucknole, VP programming kids, ViacomCBS Network UK and Ireland, added: “We’re delighted to be welcoming back Ricky Zoom and his two-wheeled friends on Nick Jr. in June and and Milkshake! later in the year in the UK.

“It’s a fun and playful show which is a favourite among preschoolers, and we look forward to sharing their new adventures with our young viewers.”

The supermarket giants have added Ricky Zoom into their preschool aisle following strong performance of the FSDU programme last Autumn/Winter. Other forthcoming toy highlights include the new interactive Maxwell’s Transforming Trailer Playset, which can be renovated into a mobile repair station and comes complete with both Maxwell and Ricky bikes.

Further product ranges from other licensees will roll out gradually throughout the year, bringing broader distribution.

Marketing activity has also been buoyant, with Ricky proving popular among parent influencers. A Dadsnet campaign to support Smyth’s Toys launch of the Speed & Stunt Play-set reached almost 408,000 via influencers and 558,000 via paid media, while a Ricky takeover on UKMums.TV hit almost 622,000 impressions, with a blogger reach of almost 296,000 and the site’s associated Twitter Frenzy reaching almost 392,000 unique accounts.

Robert Hutchins is the editor of ToyNews and its sister title, Licensing.biz. He has worked his way from Staff Writer to Editor across the two titles, having spent almost eight years with both and what now seems like a lifetime surrounded by toys. You can contact him by emailing robert.hutchins@biz-media.co.uk or calling him on 0203 143 8780 You can even follow him on Twitter @RobGHutchins if ranting is your thing…

TVO.org speaks with Chuck Clément, one of the producers behind the Indigenous animated series airing on TVOKids, about bringing lessons from the Seven Sacred Teachings […] 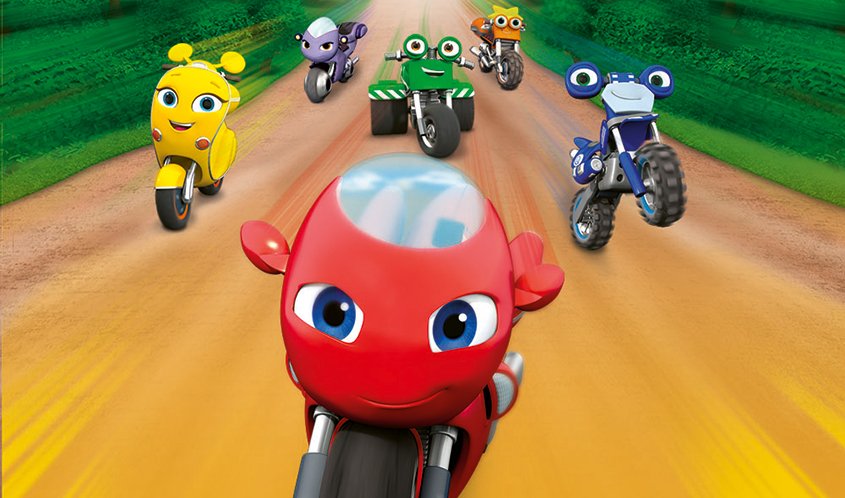 Hasbro‘s Entertainment One (eOne) is ready to hit the gas and rev the engines for the UK debut of Ricky Zoom season 2.     The tale […]